Tired of the usual tourist attractions or the Supertrees? Novotel Singapore Clarke Quay shares seven hidden gems to visit for the best ‘Grams.

Dragon playgrounds used to be a common sight in Singapore until the early 1990s. One of Singapore’s heritage icons is the dragon playground in the neighbourhood of Toa Payoh, still with its original sand pit. This is a whimsical and charming wonderland of art frozen in time is a jungle gym designed to replicate the look and form of an oriental dragon. 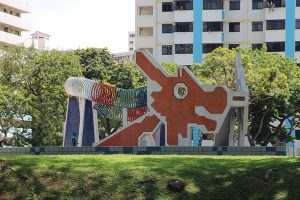 Singapore is dotted with public housing known as the HDB flats. Most are painted in solid colours of white and beige, with a select few spruced up with more than just a splash of paint. This stunning mural of a TV test screen is a masterpiece painted over the external corridor walls of six storeys of the building. We say it makes a unique backdrop for your OOTDs. 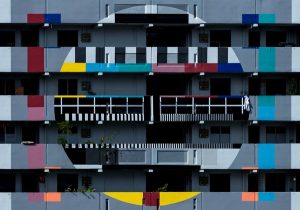 This Maze is a little-known structural spectacle composed of low brick walls spanning the size of a basketball court. Designed like a garden maze, it is also a hotspot for parkour enthusiasts for its easily scalable walls. This architectural gem is best shot with a drone. We recommend the DJI Mavic Air.

A former military barracks turned contemporary art enclave, Gillman Barracks houses a galleries, bars and dining establishments. Lush greenery makes the locale as attractive as the art it showcases. Large, statement-making installations pop up on the premise every once in a while to serve as picture-perfect backdrops. 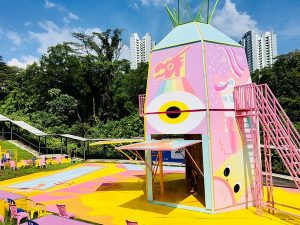 Vintage railway tracks and lush greenery makes this defunct Bukit Timah Railway Station an off-the-beaten attraction. The Station was built in 1903 and once took travellers from Singapore to Johor Bahru before becoming a freight interchange in the 1960s. Stand in the middle of the rocky track and snap Instagram stories to last beyond 24 hours. Chijmes was a Catholic convent and school built in 1852. It is now a national monument with a plethora of upscale restaurants and serves as a popular wedding venue. Snap up the magnificent presence of its Gothic architecture that has been restored to its former glory in dazzling white. Since 1891, the little-known Japanese Cemetery Park has been resting in a sequestered residential location. In it lies about 1,000 tombs belonging to Japanese residents who settled in Singapore after the first World War. Some of these graves contain the ashes of soldiers who were our enemies at the time. In the Park stands a few lovely features such as a row of floral arches – a more appropriate and cheerful backdrop for your pictures.